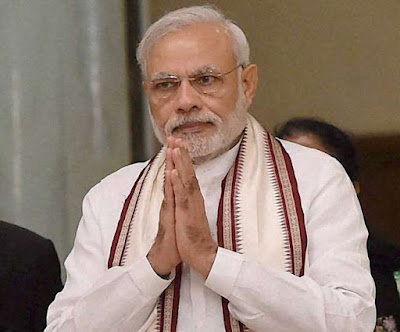 Prime Minister Narendra Modi will address ‘India Global Week 2020’ starting today i.e. Thursday in Britain. In his virtual global address, he will present his views on India’s trade and foreign investment. PM Modi will join this international event online due to the Covid-19 global epidemic. Given the globalization of India, India is expected to get many big investment and production opportunities here.
India Inc Group CEO and Chairman Manoj Ladwa said that India has emerged as a repository of talent and technical knowledge under the shadow of Kovid-19. India is in a central role of leadership in global affairs.
Therefore, it is expected that the message of Prime Minister Modi will be very important for the whole world. The three-day conference will also include External Affairs Minister S. Jayashankar, Railway and Commerce Minister Piyush Goyal, Civil Aviation and Urban Affairs Minister Hardeep Singh Puri, Information and Technology Minister Ravi Shankar Prasad and Skill Development Minister Mahendra Nath Pandey.
Prince Charles will have a special address from Britain. Foreign Minister Domnik Raab, Home Minister Preeti Patel, Health Minister Matt Hancock, and Trade Minister Liz Truss will be the speakers from the UK government.
Coronavirus infection cases have crossed 10 million worldwide. So far, 11,788,097 people have been infected in the world, while 541,845 people have died. Here, the number of coronavirus infections in India has reached 719665. In such a situation, big events and meetings are happening online, not only in India.

India and America will tackle every challenge together

China is an important factor in the growing strategic relations between India and the United States and this was also reflected in the virtual meeting between the foreign ministries of the two countries on Tuesday.
Though all aspects of bilateral relations were discussed in the meeting led by Foreign Secretary Harsh Shringla and US Under Secretary (Political Affairs) David Hale, there was a lot of emphasis on issues related to China.
At a time when military tensions between India and China are at a critical juncture, India and the United States have assured to keep in touch with each other over each common challenge and help each other to achieve its goal. In this meeting, there was an important discussion about the South China Sea.