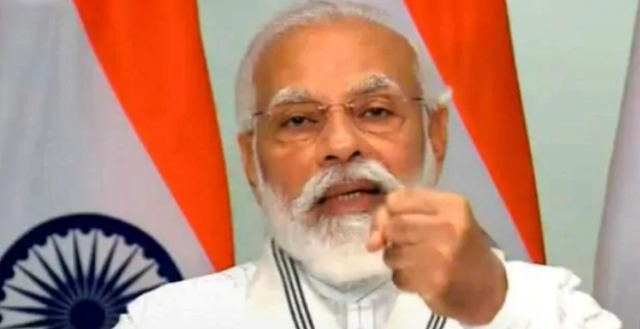 PM Narendra Modi called an all-party meeting and listened to all parties. I also heard the condemnation of Congress President Sonia Gandhi and the support of Mamta Banerjee and Sharad Pawar. But in the all-party meeting, everyone unanimously said that in this hour of crisis, they are standing with the government and the army.

Explanation of the all-party meeting on tension with China

The government also expressed confidence that despite such attacks by the opposition on PM Modi’s statements, the people of the country will remain united when our brave soldiers are engaged in protecting the border.
Government sources believe that all-party meeting is trying to misrepresent PM Modi’s statements, while PM Modi’s message was clear that India has firmly responded to the Chinese army’s violation of LAC. Apparently, the entire focus of PM Modi was on the events of June 15 when our 20 brave soldiers had to be martyred.
The government said that when PM Modi says in an all-party meeting that no Chinese came to India on the LAC, it meant that the soldiers of our 16 Bihar Regiment bravely stopped them from coming.
As a result of the bravery and martyrdom of the 16 Bihar Regiment soldiers, the Chinese army was unable to erect its own structure on the other side of the LAC and their infiltration was also stopped. PM Modi says that the army who tried to enter the Indian border gave a befitting reply. This proves how bravely our soldiers kept protecting their borders.
Government sources say that in an all-party meeting, the PM made it clear that how the whole country knows how China occupied our 43000 square km of land in 60 years after independence. PM Modi also made it clear that now the government will not allow unilateral infiltration of China and even a small change in the LAC.
Perhaps this is the reason that when Rahul Gandhi started questioning what was said in the all-party meeting of PM Modi, the PMO got into action. The PMO has made it clear that it is very sad and against the national interest, because Rahul Gandhi is trying to mislead the country by raising one of the issues in the entire statement of PM Modi. And this will not reduce the bravery and martyrdom of 16 Bihar Regiment soldiers. We again tell you the 8 main points which PM Modi had taken in the all-party meeting.

In the violent skirmish in the Galvan Valley, 20 soldiers of the Indian Army were killed. Outrage is being seen in India after this incident. However, Prime Minister Narendra Modi has given four strong messages to China in a gesture after the all-party meeting.

While giving a strong message, Prime Minister Narendra Modi said to lift the eyes towards India and teach them a lesson. Prime Minister Narendra Modi said after the all-party meeting that neither there is anyone in our border nor any of our posts are in the possession of anyone else. Our 20 Bravehearts were martyred in Ladakh, but those who had raised their eyes towards Mother India went to teach them a lesson.

PM Modi has also said that India is now very strong in terms of defense. PM Modi said that in the past years, the country has given priority to infrastructure development in border areas to secure its borders. We have also emphasized on other requirements of our forces such as fighter plane, modern helicopter, missile defense system, etc. Due to the newly built infrastructure, our patrolling capacity has also increased, especially in LAC.

While giving a strong message, PM Modi has also made it clear that there is nothing more than national interest. PM Modi said that national interest has always been the top priority of all of us. Whatever is necessary for national security, whatever is the construction of necessary infrastructure, it will continue to be carried forward at a similar pace. Today, we have this ability that no one can see even an inch of us towards the ground.