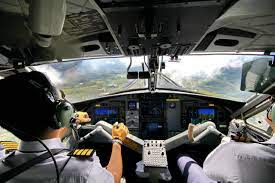 The Pakistan government has banned a total of 262 pilots flying. They are accused of possessing fake licenses. On Thursday, 140 pilots were banned from flying aircraft. On Friday, 112 more pilots took action. After the plane crash in Karachi on 22 May, the government had presented its inquiry report in Parliament recently. Aviation minister Ghulam Sarwar Khan had said that 40% of PIA pilots’ licenses are fake. There are a total of 860 commercial pilots in Pakistan.

262 will be investigated against

Khan said on Friday – We are investigating the degree and license of all those pilots who are suspected of fraud. Khan has already said that passenger safety is the most important. If these pilots are found guilty in the investigation, action will be taken against them and they can also be sent to jail. According to Khan, 160 pilots belong to the PIA, while 112 work for flying clubs, chartered planes or other airline companies.

No recruitment for 2 years

According to the aviation minister, all the pilots who are being investigated were recruited before 2018. The Imran Khan government is not responsible for this, it has exposed this rigging. Khan said- I have prepared the suspension letters of all these. If found guilty during investigation, a criminal case will be filed against all. There are four people who are neither pilots nor PIA employees. However, he is suspected to be involved in the rigging. They are also being investigated.

While presenting the report of Karachi plane crash, Khan said clearly – the appointments of pilots in PIA have been based on political pressure and interference. Its investigation began in February 2019. It was found that 262 pilots sent someone else to their place in the exam to get a job. These pilots did not even have the necessary flying experience. It is a misfortune for the country that politics also interferes in the aviation sector.

Khan had said in Parliament on Wednesday – there was no technical fault in the aircraft that crashed in Karachi last month. The pilot, cabin crew and ATC were responsible for the crash. The first pilot of the crash was discussing Coronavirus. We have a recording of this. In this crash 97 people including 8 cabin crew were killed. 2 people survived.