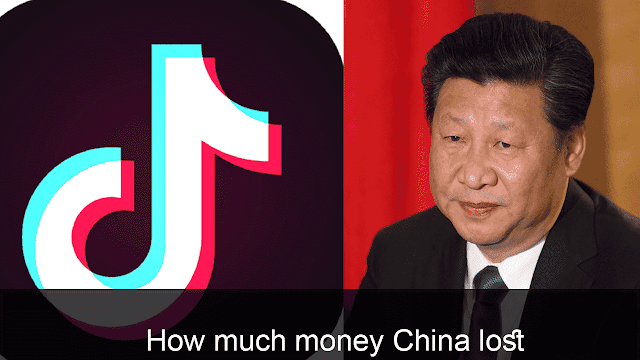 India has given a big blow to China by banning 59 apps including TikTok. China is facing this blow. According to a report in the Chinese newspaper Global Times, the Chinese government may cause a huge loss of at least $ 6 billion due to the ban of 59 Chinese apps including TikTok by the Indian government. According to a Global Times report, the Indian government banned 59 Chinese apps, including TikTok, after a deadly clash between India and Chinese troops near the Ladakh border last month.
A source close to the matter has told Global Times that the ban has had an impact on the Chinese Internet company. Because of this, the Chinese Internet company ByteDance, which is the mother company of apps like TikTok and Helo, may have to lose at least $ 6 billion.
India’s Ministry of Information Technology on Sunday banned 59 apps, including China’s TikTok, claiming that they were precursors to India’s sovereignty and integrity, India’s defense, state security, and public order.
A source close to ByteDance said that the company had invested more than $ 1 billion in the Indian market over the years and the ban has stalled the business of ByteDance, causing it to lose at least 6 billion.
This figure would outweigh the potential pitfalls of all other apps combined. TikTok is a small video-sharing platform by ByteDance and Halo is a social media platform, designed by the Chinese company for the Indian market.
According to the news agency Reuters, the Indian government has asked local telecom operators to block visits to 59 apps. For apps that have already been downloaded, telecom operators have to find ways to prevent users from visiting them. TikTok and Helo are no longer available in the Indian App Store and the previously downloaded TikTok apps are not displaying any content.