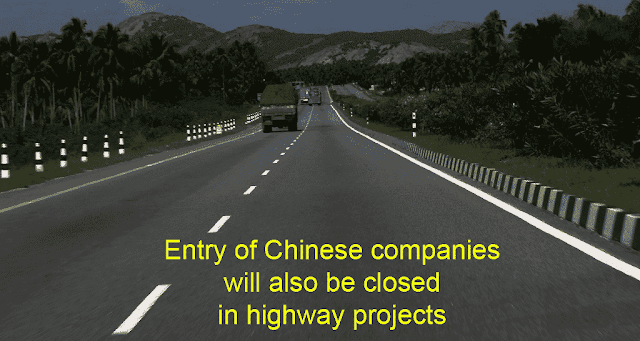 Amid the border dispute with China, Union Minister Nitin Gadkari said on Wednesday that India will not allow Chinese companies to participate in the country’s highway projects. He said that Chinese companies would not be allowed to do the same through joint ventures.
Gadkari said the government will ensure that Chinese investors are not entertained in sectors such as micro, small and medium industries (MSMEs). This statement by the senior minister of the central government holds great significance as India on Monday banned 59 apps citing security reasons.

Joint ventures will also not be allowed

The Minister of Road Transport and Highways said that a policy prohibiting Chinese companies from participating in highway projects would come soon. Also, regulations will be relaxed for Indian companies to increase their eligibility to participate in highway projects.
When asked about the current tenders and future bids, Gadkari said that if there is a Chinese joint venture in any project, the bidding process will be done again.