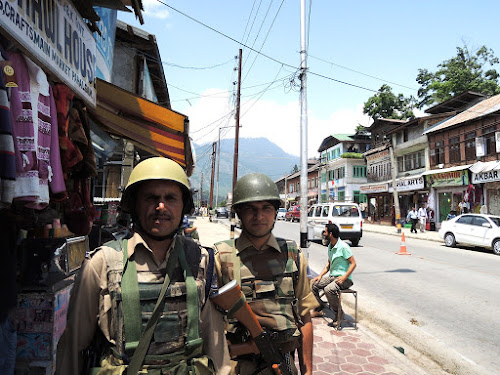 Doda district of Jammu and Kashmir is now free from terrorists. Doda district is in the Jammu region. The last commander of Hizbul Mujahideen was terrorist Masood Active, who was killed in an encounter by security forces on Monday morning. Apart from Masood, two Lashkar terrorists have also been killed in the encounter.
The encounter took place at Khulchohar in Runipora in the Anantnag district of Jammu and Kashmir. In this, the Jammu and Kashmir Police, Army and CRPF together killed three terrorists. Among them were terrorist Masood, the commander of two Lashkar terrorists, and one Hizbul Mujahideen. 1 AK 47 rifle and 2 pistols were recovered from these terrorists.
It is being told that based on secret information, the security forces took action in the Khulchohar area. During this time, the encounter with the terrorists started. Three militants have been killed in the action of security forces. The terrorists were then identified, which revealed that one of them was a terrorist, Masood, who was active in Jammu’s district Doda.
With the death of Masood, the Doda district of Jammu has become free from terrorists. Masood was also booked for rape in Doda. But, he was running away hiding from the security forces.