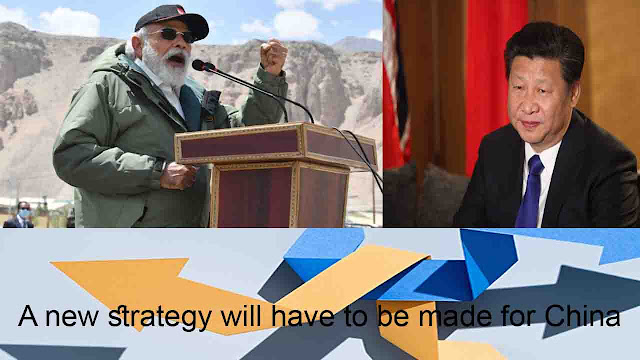 On Friday, Prime Minister Narendra Modi visited Ladakh. It happened at the right time. This led to several important messages simultaneously. With this one bet, the Prime Minister gave a message to the mighty army of India, the people of Ladakh and the whole country as well as China and the international fraternity.
Saluting the sacrifices of the martyrs of Galvan Valley, he rightly praised the army who showed courage and commitment to the country. He assured the army and the local people that the entire country was united with him. He gave a message not only to China but to the entire world that India is determined to protect its territorial integrity on an adventurous basis.

Modi cautioned the countries pursuing expansionary policies. He took his word to China without naming it. Naturally, he did not do so for diplomatic reasons. It was a signal to China that while India would counteract any unilateral action by China on the Line of Actual Control (LAC), it also intends to settle the matter through peaceful negotiations.
Ultimately, the talks between the two countries were resolved. In this conversation, India’s demand was that China should restore its pre-adventurous situation in the areas of Ladakh, bordering the border. These include areas such as Pangong Tso, Galvan Valley, Hot Springs, and Depsang.

Chinese military can not be trusted

Although the government did not share the details of the agreement reached with China, it is clear that some progress has been made. But it has to be confirmed at the ground level and the situation will have to be examined because the Chinese army cannot be trusted. This is the reality despite the talks between the special representatives of the two countries. 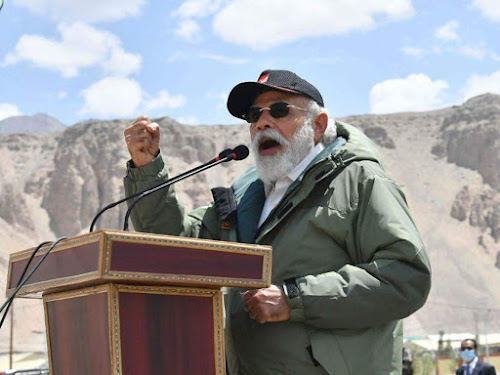 The talks between them on July 5 are a good sign. He agreed to restore peace on LAC as well as take steps to reduce stress in a phased manner. He also said that both countries should respect LAC. Although China has agreed to this principle in the past, it has never followed it.

It is necessary for India to rethink its China policy

The events of the last two months show that China is bent on changing the status quo on the basis of aggression. In such a situation, it becomes necessary for India to rethink its China policy. The foundation of this policy was laid by the then Prime Minister Rajiv Gandhi in the year 1988. He had decided that India would continue to pressurize China on border-related issues, but this would not prevent bilateral relations in other regions.
This was a major deviation from India’s earlier policy in which India had decided that India-China cooperation could not fully take shape until China resolved border issues. Since then, all governments have adopted the same China policy. Meanwhile, the Indo-China trade continued to flourish, and many Chinese companies invested in India.

No one would have anticipated in the 1980s that China would become such a large economic superpower in thirty years. By the 1970s, China and India were in an equal position on the economic spectrum. In 1978, the Chinese leadership changed its economic direction.
He also decided that he would gain power, but would not perform it. All Chinese leaders adopted this cautious strategy before Xi Jinping. Now China’s economic status has increased a lot. In such a situation Xi has become aggressive. The same aggression was also seen in Ladakh.

China is the biggest challenge for India

China’s current policy once again confirms that it is the biggest security challenge for India. The issue becomes more complicated for India with its connivance with Pakistan. However, this reality is probably hidden due to the extensive economic and commercial cooperation between the two countries. China aspires to become a superpower at par with the US at the expense of the interests of its neighbors, including India. The recent developments in Ladakh have revealed its original intention. In such a situation, what should be India’s policy towards China?

First of all, it has to be understood that China will always remain the foremost challenge for India. In such a situation, India will have to devise effective strategies on the political, diplomatic, economic, and commercial front to protect its interests. It will be a long-term process that requires a strong national will.

Prime Minister Modi’s call to become self-reliant in relation to answering China means a lot. India imports low and high tech products from China. In such a situation, the manufacturing capabilities of small technical products will have to be developed rapidly. In the case of high tech products, it will definitely take some time. Till then the sugar supply stream should not be shut down, rather it should be actively pursued.

Will have to make efforts to strengthen the Indian economy

The real strength of any country lies in its economy. Therefore every effort will have to be made to strengthen the Indian economy. The biggest concern in this direction right now is how do we overcome the difficulties arising out of the Corona epidemic.
To fulfill the interests of a country as big as India, it is necessary to rely on its capabilities. We have to strengthen diplomatic relations with those countries which themselves are facing the heat of Chinese aggression. Such as America, Japan, and Australia. However, relations with them should be equal and shared interests.

Given the Chinese challenge, we also have to increase our solidarity. Our political and strategic fraternity must formulate concrete policies that will be relevant in the future also. One has to renounce the attraction of political gains for national interests.
The consensus in this direction requires extensive and credible discussion among the political class. As countries formulate policies on the basis of their interests, we also have to understand that building a personal relationship between the leaders of India and China will not prevent China from indulging in mischief against India.